“The main thing in cycling is not so much to know how to ride a bicycle, but to learn how to get off it.” 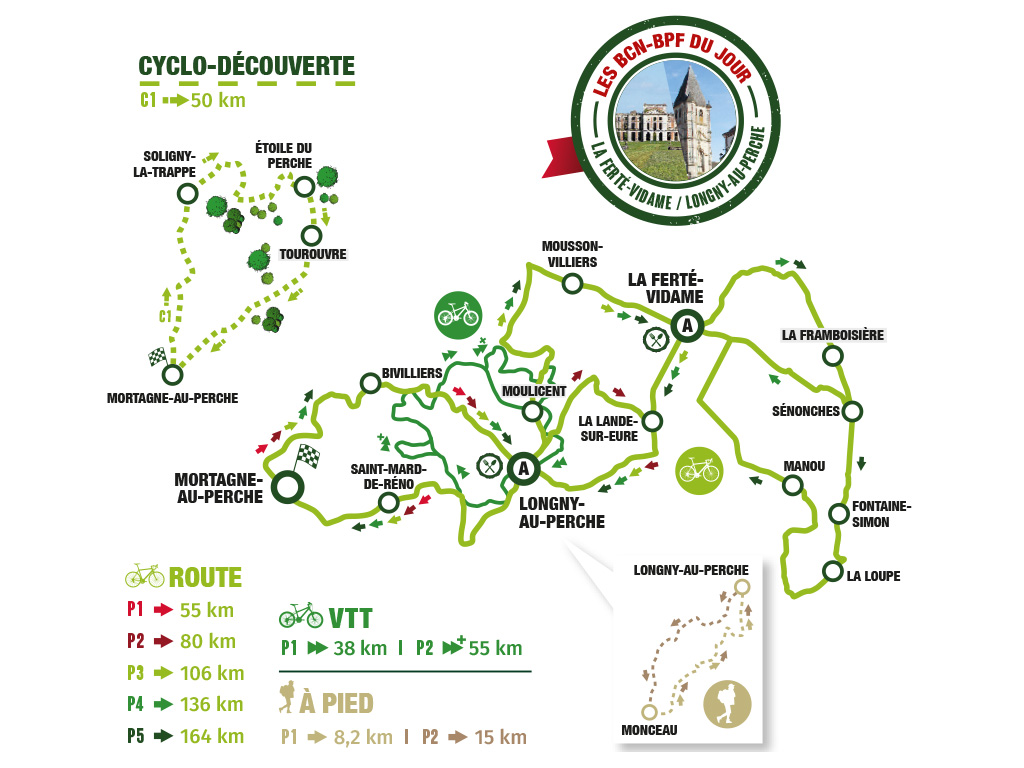 The circuits of Friday 4 August

Without leaving the regional park of Le Perche and its national forests, you will now enter into the department of Eure-et-Loire. Those with most endurance can press on to Fontaine-Simon and may be tempted by a nautical teleski session on the lake. 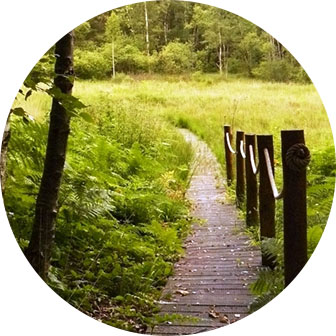 THE EASTERN SIDE OF THE PERCHE: A FORAY INTO THE EURE-ET-LOIR

This itinerary towards the east will lead you to unusual and unexpected discoveries such as the “Inzolite” Museum in Lignerolles, the “Muséales” Museum in Tourouvre, which houses both an emigration to Canada museum and a museum of trademarks, the park of La Ferté-Vidame castle or the new museum-interpretation centre of the Senonches forest . In Longny-au-Perche, you will pass in front of Rainville mill and close to the stone worker’s workshop. You can also take a rural break in the coteau de la Bandonnière in Longny-au-Perche, in the “forêt humide des Mousseuses” or wetlands at La Ferté-Vidame or the “Tourbières des Froux” bog in Manou. You will cross the national forests of Réno-Valdieu, Senonches and Montécôt which have many remarkable trees. In Meaucé, near La Loupe at a crossing, you can admire the "Gros Chêne” oak tree that has a circumference of over 14m at its base! 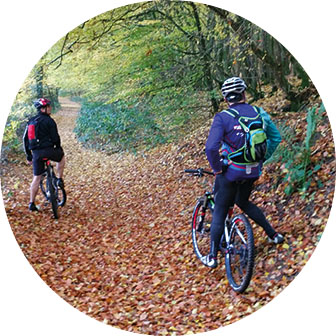 Along the way, from rivers to ponds, through the lush oaks, you will climb up difficult slopes and zoom down steep inclines, take picturesque paths and singletracks.

• Rendez-vous at 9 am in Longny-au-Perche 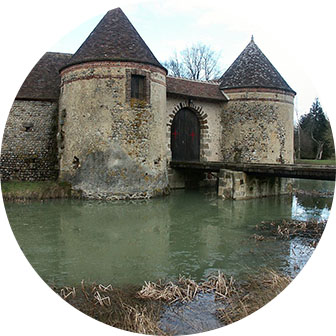 The starting point of the discovery cycle tours of the day, the village of Tourouvre sends you in the footsteps of the pioneer emigrants who left the Perche to settle in Quebec and on the banks of the Saint Lawrence river. From 1608, it would seem, in the current state of research, that the small province of the Perche sent 282 people. The direct descendants of these pioneers are estimated today at more than one and a half million in Canada! Today’s trips make the most of the forest of La Trappe and include a detour via the Abbey of the same name.

A55 km circuit in Bellêmois country

• Departure at 8 am from the Tourouvre stadium 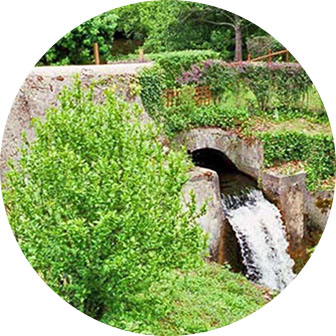 Appointment at 9 am in Monceau 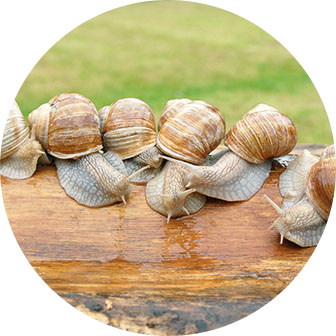 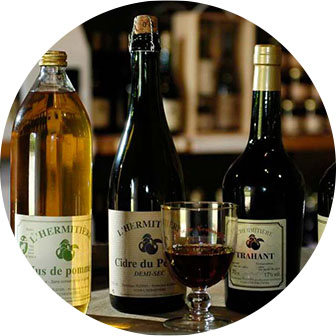 SNAIL FARMING AND CIDER MAKING IN THE PERCHE

The first stage of your journey brings you to the biggest breeder of horned creatures in the Perche! No bulls or rams on the horizon, our “héliculteur” and his wife excel in the art of snail farming. You will discover the secrets of the snail’s anatomy, their life and their mode of reproduction. Then on to the breeding grounds where already more than 3 million baby snails have been born. In the afternoon, in the heart of the Perche Regional Nature Park, Nathalie and Dominique Plessis, organic growers and producers, welcome you to the “Cidrerie Traditionnelle du Perche” now installed in HQE buildings. The video "Cider yesterday and today" retraces the stages of the manufacture of cider and calvados.
A guided tour of the installations and a tasting session enable you to discover this trade and the wide range of traditional products.

• Departure at 9 am from the parking lot rue Montcanune

• 2:30 pm: Guided tour of the Cidrerie du Perche to the Theil and tasting

• End of the day around 5 pm and return to Mortagne 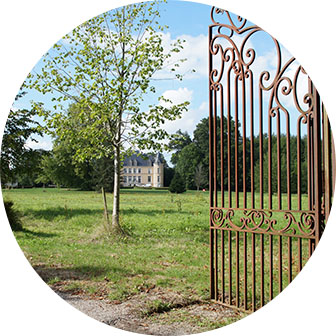 The emblematic site of the Perche, the Maison du Parc is the headquarters of the Perche Regional Nature Park and a must-see tourist site. Facing a 15th century mansion, the old outbuildings house the tourist information centre and the shop. The manor house, classified as a historical monument, can be visited in any season and hosts exhibitions. The 160 acre domain offers marked hiking trails and the visitor discovers a rolling landscape typical of the Perche and its local breeds: percheron horses, Normandy Cotentin donkeys etc. After lunch, follow the guide to the “Jardin François”. No frontiers here: the most elegant plants stand side by side with the humblest, the oldest with the latest creations. All colours are represented up to the brightest orange and all have a role to play in this 5 acre Impressionist painting. The buildings have been restored or created (farm, amphitheatre, orangery).

• Departure at 9 am from the car park rue Montcacune

• 10:30 am: The Manor and Domain of Courboyer: guided tour of the grounds and free visit of the inside of the manor house

• 14:30 am: Guided visit of the Jardin François in Préaux du Perche

• Day ends around 5 pm and return to Mortagne